By 1636 tulips were traded on the exchanges of numerous Dutch towns and cities. This encouraged trading in tulips by all members of society; Mackay recounted people selling or trading their other possessions in order to speculate in the tulip market, such as an offer of 12 acres (49,000 m2) of land for one of two existing Semper Augustus bulbs, or a single bulb of the Viceroy that was purchased for a basket of goods (shown in table) worth 2,500 florins.

Many individuals grew suddenly rich. A golden bait hung temptingly out before the people, and, one after the other, they rushed to the tulip marts, like flies around a honey-pot. Every one imagined that the passion for tulips would last for ever, and that the wealthy from every part of the world would send to Holland, and pay whatever prices were asked for them. The riches of Europe would be concentrated on the shores of the Zuyder Zee, and poverty banished from the favoured clime of Holland. Nobles, citizens, farmers, mechanics, seamen, footmen, maidservants, even chimney sweeps and old clotheswomen, dabbled in tulips. “The Tulipomania”, Chapter 3, in Mackay 1841. (Wikipedia)

Substitute the word tulip with Bitcoin (or another inflated Cryptocurrency) and this description of a 17th century bubble sound almost the same. Nothing new here as human greed and speculative grow-rich-fast manias have been always present in financial markets. What surprises me is the fact that people still think that ” this time is different” and keep on buying the inflated bubble. A bunch of very smart people take advantage of it getting immense fortunes, while the great mass of late followers will be left with coffee change at best.

Bitcoin value has been skyrocketing during all year and in recent week swift swings (notably a 20 or more percent intraday) occurred.

However this hugely inflated “asset” had his drawbacks along the way. And I am getting to the point.

At cost of being repetitive I need to point out the absurd logic behid the illogical Dow Jones index. Please find below the updated DJI hourly chart.

Two recent events. At 1 North Korea has launched again a new improved intercontinental missile. Market just blinked, barely a down movement. At 2 a news that could bring to the impeachment of the US President. Here the news could potentially have an high impact to the country (and economy). High volatility for around one hour, then back up to end just a few points down.

Is this rationale? Certainly not in my opinion as a rational investors who risks its own money (and probably is already in the black) first sells then asks what happened. But we have now “new rationale”. The holy BTFD or put in an elegant way, simply “buy the dips”.

Traders , after several years of a bull market,are now addicted to BTFD whatever it happens. As per the greater fool theory the market participants  have irrational expectations, and the price of equities is not linked to any meausure. It really doesn t matter: in fact the expectation is that the shares can “always” be sold at an higher price (to the next fool).

This is obvious for Bitcoin and alike, less obvious (but much more dangerous) for Wall Street. 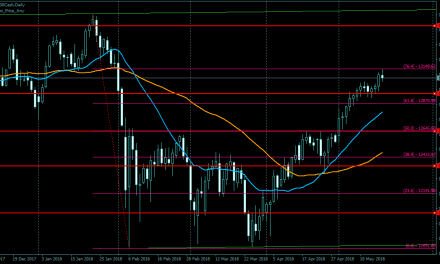 A few levels to keep in mind (DAX-DOW-GOLD)

This is getting scary 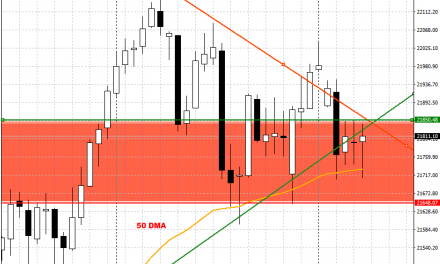 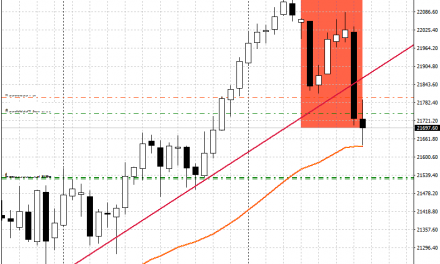